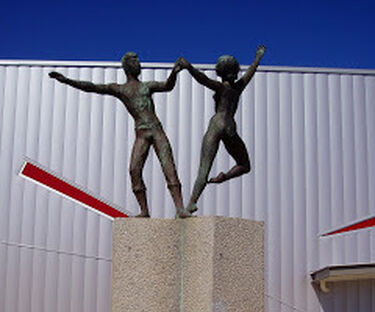 Two bronze dancing figures have stood in the centre of Elizabeth since 1963.

Two bronze dancing figures have stood in the centre of Elizabeth since 1963.

Dancing Figures was commissioned from the French sculptor Hubert Yencesse by the Development Corporation in Hemel Hempstead.

A copy of Rock and Roll, as it was then known, was presented to the Elizabeth community in response to the gift of the kangaroo and platypus sculpture from Elizabeth to Hemel Hempstead. Queen Elizabeth II viewed the statue on her visit in 1963.

The SA Housing Trust sent architect Geoff Shedley to the UK to look at new British towns that were being developed. Hemel Hemstead was one of the towns visited.

Get directions to Dancing figures