This is DyspOra: Sonic Activist 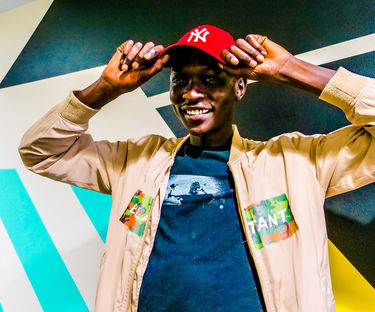 Share this article
Music a vehicle to give communities a voice. Gabriel “DyspOra” Akon is one of the most influential hip hop artists in South Australia empowering people through music.

Gabriel “DyspOra” Akon is one of the most influential hip hop artists in South Australia empowering people through music.

Akon said he found hope in music, which built his sense of resilience.

“People don’t realise the power of hope until their backs against the rope,” DyspOra said.

"It injected a lot of hope into my life at the time or at times that I needed it most."

The sonic activist is a big believer of giving back and has been an active member supporting local musicians through Northern Sound System, as well as the broader South Australian multicultural community.

"In every possible way music has helped me and that’s the only reason I use it to help others,” Akon said.

You can also listen to DyspOra's story via the This is Playford podcast on iPodcast, Google Play or Spotify

“To have a place like Northern Sound System that has a strong community culture armed with the resources to help to continue to providing for young people.”

From developing an intercultural music program targeting social inclusion for young people to presenting TEDX Youth talks at universities, his commitment to the community has not gone unnoticed.

Akon was awarded the 2019 Governor’s Multicultural Youth Award and a finalist for SA Young Australian of the Year in 2020.

"You can’t quantify the level of impact you have with music,” he said.

"I call it the butterfly effect, you never know if the song you are working on now is going to be one that changes some kid’s life anywhere around the world."

He is also the founder of Playback 808, an independent record label and creative movement, which shines a spotlight on local artists producing soulful hip-hop beats.

Akon hopes the release is a platform for those who need his voice.

“I use music as a vehicle to channel change, whatever that may be,” Akon said.

“Using your voice for the greater good and something bigger than yourself.”

DyspOra continues to be an artist to watch after multiple performances at major festivals, the supporting act to headline artists, as well as air time on ABC News, Triple J, SBS and more.