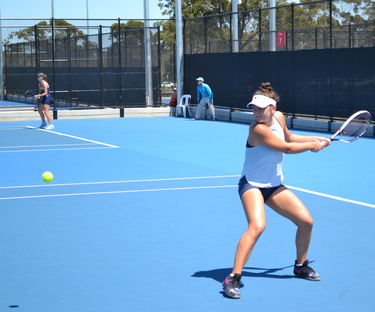 Having started the year with a successful inaugural tennis international, 2018 saw local residents taking advantage of the high-quality facilities that now exist on their doorstep.

Operated by Tennis Gear Management and the home of the Playford Tennis Club, the centre had 450 registered players for the 2017/18 membership season that concluded in September.

That figure is expected to grow further, with Tennis Gear anticipating its membership numbers will rise to 600 players in the 2018/19 season.

The City of Playford Tennis International hits off from Monday 31 December to Sunday 6 January, with players competing for $100,000 in sponsors’ prizemoney.

To learn more about the tournament and tennis programs offered at the Playford Tennis Centre, visit HERE or ring 8252 1900.