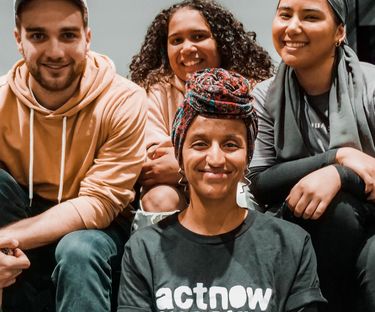 Share this article
Up to 150 hand-selected students from four different schools within the Playford community talked on the issue of racism – how to identify, respond to, and prevent it.

Up to 150 hand-selected students from four different schools within the Playford community talked on the issue of racism – how to identify, respond to, and prevent it.

Students suggested how they would respond to or change the outcome of the scene by putting themselves into that situation.

“It’s to really look [and unpack] racism,” Manal said. “It happens both to first nation people and to other people from culturally and linguistically diversity backgrounds. The idea is to let students know that it is everyone’s responsibility and we all can take action. We also understand how difficult that is and how do we have a positive impact without causing more damage or issues, in particular for the people experiencing racism.”

The workshop hosted at Northern Sound System enabled students to discuss outside of school how they could deal with racism when around or in a confronting situation.

Manal said it’s important to start these conversations in schools to make people aware of the consequences of their actions.

“Its particular important in schools that you can really teach someone to be empowered for the rest of their life and you can teach that comradery that will translate into the outside world,” Manal said.