It's time to nominate someone great! 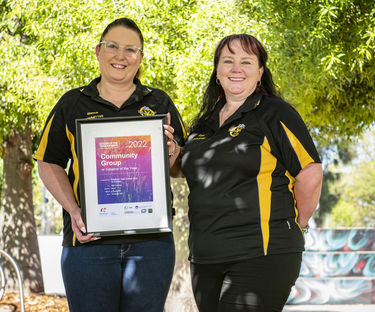 Share this article
The 2023 City of Playford Australia Day Awards are now open, giving our community the chance to nominate someone great!

The 2023 City of Playford Australia Day Awards are now open, giving our community the chance to nominate someone great!

The Australia Day Awards is the City of Playford’s premier award program and provides an opportunity to recognise individuals, groups, events and organisations that have made a significant contribution to our community.

“Nominating a group or individual for an award is a chance to think about the people around us who go the extra mile to create a better community for everyone,” he said.

“We have many hardworking and talented people in Playford who go above and beyond, and it’s important to acknowledge that.”

The awards, which are announced on Australia Day in 2023, are open across several categories:

“The awards remind us of how great Playford people can be when we’re at our best,” said Mayor Docherty. “I encourage you to think about who plays an important part in your neighbourhood and put a nomination forward.”