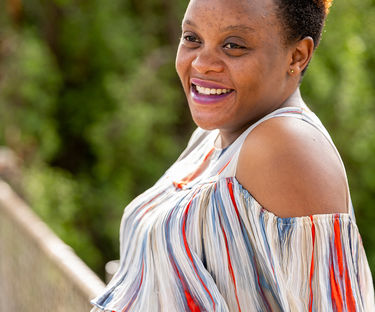 Share this article
Fille Tuyishime and son Prince Nkurunziza of Elizabeth Downs have a lot to celebrate as 2020 draws to an end.

Almost five years ago Fille began the process to become an Australian citizen for herself and Prince. In September, Fille was the first Playford citizen to be conferred through a digital ceremony.

“I went home to my country of birth, Rwanda, in early February and because of the pandemic was only able to return to Australia on 13 September,” she said. “So, my citizenship ceremony was a little different to others, it was held over Microsoft Teams as I was in quarantine and I was also 36 weeks pregnant.”

Fille says it feels good to be an Australian citizen as it gives her family a sense of belonging.

I am allowed to participate in elections like others, travel more freely and there are more job opportunities available to you when you’re a citizen.

Fille and Prince received their citizenship certificate on Prince’s tenth birthday. “Prince was very excited to become an Australian citizen because in the future he will be able to travel to Rwanda with me, without an Australian passport it wasn’t safe for him to join me,” said Fille.

Prince and Fille have been residents of Playford since they arrived in Australia on 14 August 2013. “I like living in the area as everything you need is close by and easily accessible,” says Fille. “The shopping centre is only a seven-minute drive and we are close to public transport and a major hospital.”

More than 250 new citizens were conferred by the City of Playford in 2020.

Since the article was written Fille has welcomed the birth of a healthy son, Ishema Mutabazi Presley, on Thursday, 29 October 2020.