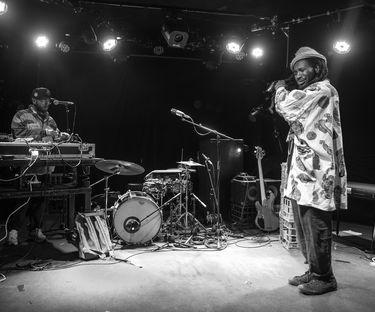 In partnership with City of Playford and WOMADelaide, ABC Radio Adelaide presents: Studio Sessions in the Suburbs featuring a live performance of one half of hip hop duo SO.Crates, Adelaide based Californian rapper/poet, Cazeaux O.S.L.O. at Northern Sound System on Monday 2 March.

SO.Crates is Skomes, a Melbourne producer stretching the traditions of hip-hop with MC Cazeaux O.S.L.O. The duo is deeply inspired by their shared love of jazz, soul and hip-hop grooves in the vein of groups like De La Soul, A Tribe Called Quest and the late 90s/early 2000s Rawkus Records era.

The event and performance are FREE but book your place below for the chance to win tickets to WOMADelaide.

Tickets for the event will not be distributed but there will be a door list.

Winner will be announced on Monday 2 March and notified by email and phone.

Get directions to Northern Sound System