Scholars staying true to their roots 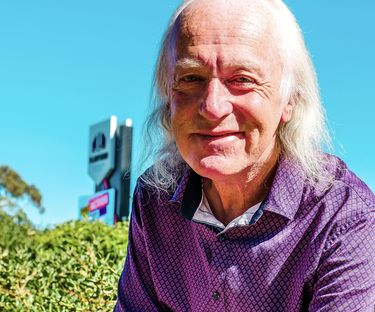 Share this article
This February the Elizabeth High School Old Scholars Association is hosting a sixtieth anniversary celebration of the school.The celebration will focus on acknowledging the important role the high school played in many people’s lives and the local community.

In 1961 Elizabeth High School opened its doors to keen students ready to learn.

“As a school it was very highly regarded,” Gordon said. “In its hay day it had about 2,000 students and I think it was the biggest school in the State at the time. It had very high academic standards, everyone wore uniforms and there was good strong discipline.”

Gordon went on to become a Professor, Associate Head (Research), Postgraduate Coordinator in the School of Animal and Veterinary Science and Director of Postgraduate Education in the Faculty of Sciences at the University of Adelaide, as well as the Affiliate Professor of Gastroenterology Department at the Women’s and Children’s Hospital.

“My time spent here (Elizabeth High School) I thoroughly enjoyed and as much as I disliked the discipline at the time, it forced you to stay on track and certainly opened up horizons when I finished,” he said.

Gordon returned back to the school for his 25 year reunion in 1986 and again in 1999 after responding to an advertisement in the newspaper looking to reform the Old Scholars.

Since then he hasn’t looked back, now as Chair of the Old Scholars Association and a Playford International College board member.

“I was a prodigal son in some ways that I went away and went to university,” Gordon said.

During his time at school, Gordon also had a passion for music and reminisced of times when student bands performed contemporary rock music during lunch time in the courtyard.

“And there was a group called Head Band who came to the school and they said they knew about Robyn being a teacher here and she got up and sang with them and since then she has done very well,” he said.

Along with its high academic standards, the school has a rich music history with the likes of former teacher, Robyn Smith, now Robyn Archer AO, CdOAL, the talented performer, gracing its halls.

He said keeping music as a strength of the school today was extremely important.

“The whole music program has really taken off here,” he said. “The performances are top-class and I have been to some of those performances at places like the Adelaide Town Hall.”

Since 2000, the Old Scholars have been getting together every five years to celebrate.

Now jump to 2021, the Association looks forward to recognising a significant milestone of 60 years this February.

The celebrations provide a networking opportunity for past students and faculty, but also an opportunity to give back to the current school community and recruit new members.

“The main reason for keeping the Old Scholars Association going was not to just have a bunch of grey-haired people talking about the good old days, but it was really about giving back to the school on a continual basis,” Gordon said.

Part of the proceeds raised from these celebrations are put towards recognising current student achievements through an awards program.

This February the Elizabeth High School Old Scholars Association is hosting a sixtieth anniversary celebration of the school.

The celebration will focus on acknowledging the important role the high school played in many people’s lives and the local community.

The Association is encouraging old scholars from various decades (including more recent years) to attend, and is also welcoming students from both the former local boys and girls technical colleges.

Music students from Playford International College will provide entertainment on arrival, followed by a cocktail-style evening to allow for networking opportunities with further entertainment from a duo that includes an ex scholar late into the night.

Tickets $40 (per person) including finger food and entertainment.

$10 of each ticket with go towards the EHSOSA Student Encouragement Award presented to a Playford International College student each year for their achievements.

To book your ticket contact Moya Robinson on 0419 839 424 or email moya.robinson@adam.com.au