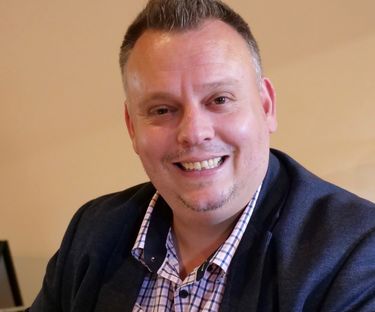 Share this article
Cr Rentoulis is a business owner, Playford born, a Councillor for Ward 1 and the Deputy Mayor at the City of Playford.

Councillor Peter Rentoulis’ father moved to Australia from Greece at 18.

When he first arrived in South Australia, he worked down south on a factory line for Hills Hoist before making his way north.

Cr Rentoulis said his father wanted to create a better life for his family and bought land in Virginia.

“I have lived in this area all my life, I love it, I’m proud of it, I am proud to say I am a boy from the north,” Cr Rentoulis said. “I’ve been all over the world to many different countries and I have worked in different parts of the state. “Home is where the heart is. “The community is filled with hard working and honest people and we are proud of where we’ve come from because it is a unique part of the state.”

Growing up in Virginia and now running a business in Angle Vale, Cr Rentoulis has seen exponential growth in area.

“Virginia has always been a large country town so to speak,” he said. “You have market gardens, people on hobby farms and larger blocks for the most part. “In more recent times, within the immediate township, there has been a lot of sub-divisions and a lot of residential development that has come into the township.”

Get to know your Council | Cr Peter Rentoulis (Deputy Mayor)

The townships have been identified as part of a state growth area with a significant influx of new homes and residents anticipated in the next 10 years.

While the area sees people flock to the region, there is one thing that hasn’t changed – the sense of community.

“Virginia would be similar to a lot of country towns where everything surrounds the local sporting clubs,” he said. “On Saturday you’d have your local football and netball sides, and when I was younger I remember the town descending on this oval for matches. “It was absolutely a family affair and it embodies what the community is about. “A community coming together and to watch the local clubs on a Saturday.”

Cr Rentoulis continued to follow in his father’s footsteps striving for a better life for his community.

He pursued a career in Law and was elected to Council in 2014, where he currently serves as Deputy Mayor, as well as Councillor for Ward 1.

“In early high school all I wanted to do was practice law to help people,” he said. “I wanted to fight for their rights and that’s what I am doing at the moment, which makes me proud and content. “Community advocacy that’s who I am, particularly in my role as a lawyer. “The two just go hand in hand and that is advocating for the community to get what I believe residents deserve, what they are entitled to in terms of getting maximum return for their rates.”

“The City of Playford is going to continue to grow into a very inclusive city that’s very multicultural and based first and foremost on community,” he said. “A community of families choosing to live in the City of Playford and having a good lifestyle. “We need to continue to help facilitate growth by spending money in the right areas and doing so in a way that we will encourage people to want to live here too.”