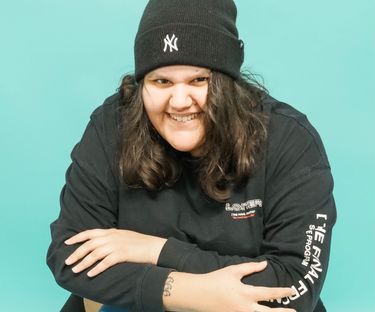 Share this article
Young Playford business woman, Bianca Nilsson, is building her record label and publicity company into a global powerhouse at the age of 24.Read how Bianca is building her female-led empire in a male dominated industry.

“I have always been someone with big ambition. My end game would be to have my own skyscraper with multiple businesses on each level, filled with employees in the coolest jobs ever.”

Think skyscraper with slippery dips for staircases and scooters as the preferred mode of transport to get around each floor.

This is young Playford business woman, Bianca Nilsson’s vision, who at only 24 is building her record label and publicity company into a global powerhouse.

At just 18-years-old Bianca launched Renegade Records after being inspired by her favourite band during high school, Cimorelli.

“They were my biggest inspiration because they were signed to a major label and were mistreated,” she said. “They came out with a song called Renegade basically saying I am not going to let the industry shape me into something I’m not.”

Now that is exactly how Bianca supports independent artists by being a positive influence in the music industry.

“I want to work with independent artists to help them get to that next step,” she said.

But it’s been a lot of hard work and perseverance, from working five days a week, 12 hours a day, in a potato factory and coming home to continue to grow her business. Bianca now works full-time focusing on her passion and building her empire.

“I spent the first three and half years learning,” she said. “I spent my time reading, networking and helping a few artists here and there to see how I’d go. “It was a lot of trial and error, and every day I still learn something and am actively growing. “I am thankful I did it that way, because where I am now is because of that.”

Renegade Records has two artists signed to the label in Australia, and about to sign three more from the US, Canada, and another home-grown talent.

Bianca has also recently expanded the company to include publicity, offering tailored campaigns, including press, Spotify playlisting and radio, for artists in a variety of genres.

“Renegade Records started off as a record label, but during COVID I worked out how to monetised the business more, and saw a gap in the industry,” she said. “So I created a publicity service so I could help artists who weren’t signed to the label.”

Most of the company’s clients are based in the US, but if something the pandemic taught us is that staying digitally connected is no barrier.

Bianca has employed two people (one local and another in the US) in artist recruitment to support the publicity arm. Renegade Records works with an average of five new artists each week getting their music heard.

“So quite a large roster who we work with for publicity and playlisting,” she said. “It’s pretty unreal to see the growth and have this team come together.”

In the near future, Bianca wants to continue to build this female-led empire in a male dominated industry.

And while she builds her business into a major label, she won’t forget where she came from.

“I have always wanted to make the younger version of myself proud of who I am today and hope I can be an inspiration for other people,” she said.

“I would have free studios on the ground floor and anyone could come in and just get that help that they need, kind of like how Northern Sound System (NSS) is,” she said.

Renegade Records is a co-work at NSS and Bianca works with the youth-music arthouse through See-oh, a creative agency that supports South Australian artists to learn about music release cycles that can help them in their future.