World-class tennis on its way 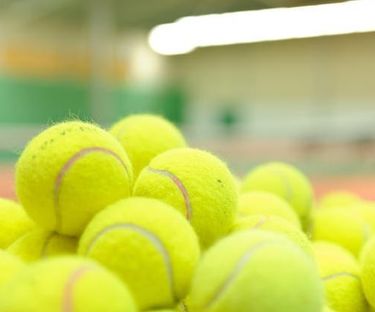 Share this article
In&nbsp;less than a month&nbsp;Adelaide's tennis fans will rub shoulders with some of the world’s best players when they hit&nbsp;the Playford City Tennis Centre courts.

In less than a month Adelaide's tennis fans will rub shoulders with some of the world’s best players when they hit the Playford City Tennis Centre courts.

From December 30, local sports fans can see top 100 ranked players and up-and-coming stars from around the world compete in the Men’s Challenger and Women’s ITF Futures tournament as part of the City of Playford Tennis International.Players will be competing for a slice of the USD $100,000 total prize pool, as well as collect valuable world ranking points.

In a major coup for organisers, the tournament will be the first Australian Pro Tour event at the brand-new international-standard Playford City Tennis Centre.While on-court action will be the main event, a range of activities will also be available for the community to enjoy.

A 50-strong team of volunteers will look after the tournament's behind-the-scenes operations, as well as player, court and transport services.

“This is a great opportunity for our younger Playford residents to learn new skills and get involved in our first international tennis tournament,” Mayor Docherty said. Activities

Tournament celebrations will start with a FREE family fun day at Prince George Plaza on Tuesday, 19 December (10am to 2pm), with mini tennis courts, Speed Serve, Hit the Target and digital tennis fun. Participants will also be given the chance to enter the draw to toss the coin on centre court during the tournament.

During the week players from local tennis clubs will participate in ANZ Tennis Hot Shots and Fitbit Cardio Tennis activations on centre court as a prelude to the main draw matches, while behind-the-scenes tours will also be available.

“We are thrilled to be able to offer such a diverse range of events and opportunities alongside the tournament for the entire community to get involved in.”