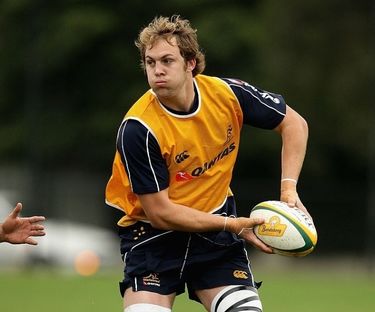 Share this article
Young Playford children are being encouraged to learn a new sport – rugby union.

Young Playford children are being encouraged to learn a new sport – rugby union. #SmartSport There’s probably no better way to learn about rugby union than by meeting a Wallaby champion and you can have that chance at the the Elizabeth Rugby Union Football Club’s Come and Try day this Friday.

Former Wallaby Stephen Hoiles will be attending the event to share his rugby experience with any local youngsters keen to learn about the game played in heaven.

Hoiles gained 16 Test caps with the Wallabies, scoring 15 points and making debut in 2004 against Scotland in Glasgow.

He also played in the Rugby World Cup in 2007, where Australia lost to England 10-12 in the quarter finals.Domestically, Hoiles played 32 games for the NSW Waratahs and had 56 caps with the ACT Brumbies.

The Come and Try event will take place at Ridley Reserve, Judd Road, Elizabeth, from 5:30PM this Friday.

Meanwhile, Elizabeth will also be hosting a Summer Academy taking place from 3 to 24 February at the club’s Womma Reserve base.

Both of these events are open to under eight, under 10 and under 12 players.

“This is an amazing opportunity to try something new, with programs run by Australian Rugby Union accredited coaches,” Livera said.