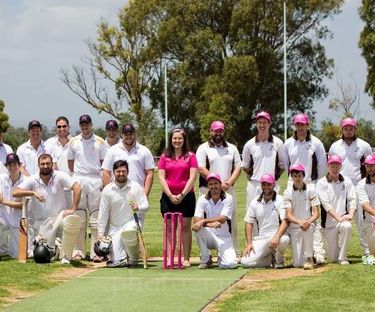 Alex Leo provided some impetus for Virginia with 60 and Nick O’Reilly (35*) and Pat Perre (19*) added some late-innings resistance.

Meanwhile, in reply, Angle Vale could only muster 89, with Johnny Natsias taking 4/22.

On the fundraising side of things, around $1164 was made for the McGrath Foundation on the day.

At Mofflin, Brad Woodward’s 82 headlined Central United’s 9/210, which was enough to defeat One Tree Hill.

Luke Morris made 39 for the Bulldogs, while Adam Smith (4/9) and Jed Banwell (3/45) were the lead wicket-takers for the Billiegoats.

In reply, One Tree Hill lacked a batsman who could take the match on, with Damien Ellis’ 38 the top score, as they collapsed to 8/119 before being dismissed for 161.

Craigmore made short work of ATCO, making 6/157 with Dylan McIver top scoring with 54.

In reply, ATCO was dismissed for 81, with the wily veteran Mick Richard taking 5/26.

Parafield Gardens had an eight-wicket win over Salisbury West, chasing down 9/143. Other highlights:

Grade three saw two players fall just short of centuries on the weekend, with Parafield Gardens’ Michael Yourtaiev making 97* and Rose & Crown’s Alex Ford (95*) carrying his bat as his team was dismissed for 157.

Also in grade three, Smithfield’s Zac Lowe took 5/4 as One Tree Hill was dismissed for 45.