Video made a radio star 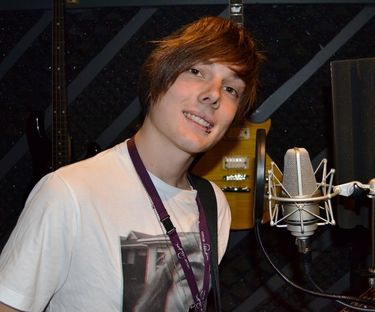 How YouTube video created a Playford music star. ^ Damon Sparkes is turning music into a career through the Northern Sound System.

But, over the past year the 22-year-old Playford local and Northern Sound System employee has garnered plenty of attention for his cover versions of his favourite emo and pop-punk tunes.

Damon posts regularly to his YouTube channel, but it was his cover version of Panic! At the Disco’s song Emperor’s New Clothes that went crazy, collecting 50,000 views.

And...to what does he attribute his success?

Make up, just make up.

“I put some make up on and uploaded the video and it went off,” Damon said.

“It was the first time my YouTube channel really went crazy.”

All of the attention was a little overwhelming for the modest musician.

“It’s a very, very strange feeling to have that many people view my videos – it’s not something I expected,” Damon said.

“One thousand views of my videos is amazing – to have more than 50,000 on that one, I can’t even describe how good a feeling it is.” Heathen

A cover version of Twenty One Pilots’ song Heathens has also generated 30,000 hits, while he has also performed songs by Green Day, My Chemical Romance and Fall Out Boy.

The videos have resulted in Damon gaining several gig bookings, but have also translated into employment with the NSS.

Having started as a volunteer, Damon now runs the NSS’ social media accounts, but also does some studio work, helping fellow musicians practice and record their music. Opportunity

Damon said that the NSS has not only provided him with employment opportunities, but also allowed him to take control of his life just a little.

“Before I was volunteering here, I was dealing with a lot of issues in my life,” Damon said.

“Then, volunteering here got me into a schedule and doing things I enjoy. The people here are fantastic and they help me without even knowing it.”

And while 2016 was a big year for Damon as he grew his YouTube following and gained employment, 2017 looks to be even bigger.

Damon has recently been announced the winner of the iSA Radio Headstart program, resulting in him gaining studio time to record some of his original tracks.

It seems like the only way is up for this young local talent.

The Northern Sound System is the City of Playford’s youth development facility, with a heavy focus on music. You can get involved by contacting or 8255 5560 or liking the Facebook page.