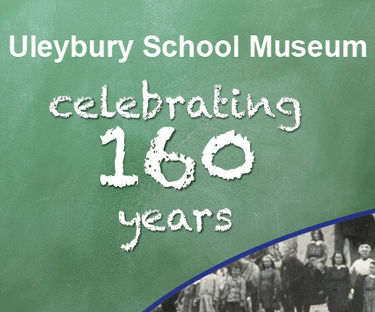 Share this article
<p>Step back in time and learn about education past when the Uleybury School Museum celebrates its 160th anniversary this month.

“It (Uleybury school museum) gives the opportunity for an interactive old-time lesson with slate and inkwells, complete with a grumpy headmaster,” Mr Squire said. The school opened in 1856 and, as the One Tree Hill Primary School, continued to educate the district’s children until 1971.

In 1978 the school was restored to its original appearance and a year later was reopened as the Uleybury School Museum.

“Much of the memorabilia was left with the museum, but we have received donations from schools and residents to bring the school’s history to life,” Mr Squire said. The museum is open to the public on Sundays (1pm to 4pm) and is also available for school excursions.

The Uleybury school was built in 1856 by Moses Bendle Garlick and the name honoured his home village, of Uley in the Cotswolds, and also featured ‘bury’, the Gloucester term for tree-covered plateau.

Face-painting, an animal-petting farm, old-time games, school lessons, a sausage-sizzle and a big birthday cake will all be a part of the 160th celebrations, which are to be held on Tuesday, October 11 (11am to 2pm).