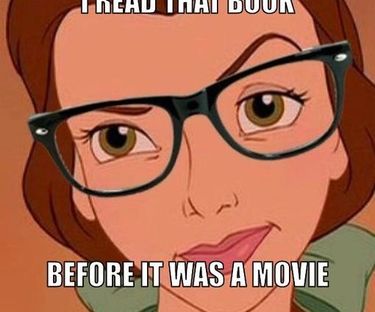 Share this article
The best movies come from books so we are going to give you the heads up on what to read before its release on the big screen.

The best movies come from books so we are going to give you the heads up on what to read before its release on the big screen.Let’s face it, we all get that smug sense of self when we can say we've read the book before the movie.

So we are here to give you a heads up on the top-10 highly anticipated books to movie releases for 2018. And, just quietly, you can borrow them all for free at your friendly Playford Library Service.

A Wrinkle in Time by Madeleine L’Engle What is it about: This sci-fi adventure is about Meg Murry, a 13-year-old girl whose scientist father goes missing. She must travel through time and space meeting peculiar people and creatures along the way to rescue her father.

Who’s starring: Oprah Winfrey, Reese Witherspoon, Chris Pine, Zach Galifianakis and more. Request the book hereThe Black Hand: The epic war between a brilliant detective and the deadliest secret society in American history by Stephan Talty What is it about: The true story of the origins of the Mafia in America and the brilliant Italian-born detective who gave his life to stop it. Who’s starring: Leonardo DiCaprio...need I say more? Request the book here Ready Player One by Ernest Cline What is it about: It’s the year 2045 and reality is an ugly place. Wade Watts really only feels alive when he is in the OASIS virtual reality program. But when the program's eccentric creator dies he leaves behind a series of fiendish puzzles. Whoever solves these inherits the creator's fortune.

She soon turns to Sparrow School, a secret intelligence service that trains exceptiona; young people to use their minds and bodies as weapons. Who’s starring: Jennifer Lawrence, Joel Edgerton, Jeremy Irons. Request the book here Fantastic Beasts and where to find them by J.K Rowling What is it about: Based on the text book by Newt Scamander in the Harry Potter series the sequel continues to follow Scamander as he teams up with Albus Dumbledore to battle the devious Gellert Grindlewald in the 1920s. Who’s starring: Eddie Redmayne, Johnny Depp, Jude Law. Request the book hereCable & Deadpool comic book series published by Marvel What is it about: This is the second time the Merc with a Mouth has headed to the big screen (No, X-Men Origins: Wolverine does not count!). As per usual the wisecracking mercenary battles ninjas, the yakuza and a pack of aggressive canines on this fabulous new adventure.

Who’s starring: Ryan Reynolds, Josh Brolin, Morena Baccarin and TJ Miller. Request Comic Books hereFirst Man: The Life of Neil A. Armstrong by James R Hansen What is it about: The official biography of Neil Armstrong, the astronaut who became the first man to walk on the Moon on July 20 1969.

Who’s starring: Ryan Gosling, Jason Clarke, Claire Foy. Request Book hereAll the Money in the World by John Pearson What is it about: Based on the true story of 16 year old John Paul Getty III and his mother’s desperate attempt to convince this billionaire grandfather to pay the random. Who’s starring: Directed by Ridley Scott, Christopher Plummer, Mark Wahlberg, Michelle Williams, Charlie Plummer.

Request Book here Peter Rabbit by Beatrix Potter What is it about: The rascal Peter Rabbit is at it again and not is competing with Mr McGregor for the affections of the kind animal lover living next door. Who’s starring: Rose Byrne, James Corden, Daisy Ridley, Margot Robbie, Sia, Sam Neill, Domhnall. Request the Books here Fifty Shades Freed by E.L. James What is it about: The final book in the Fifty Shades series sees Ana settle down into her role as Mrs. Grey and Christian in to the unfamiliar stability of married life. New threats could jeopardize their happy ending before it event begins. Who’s starring: Jamie Dornan, Dakota Johnson, Rita Ora, Kim Basinger. Request the Book here