Tennis takes Playford to the world 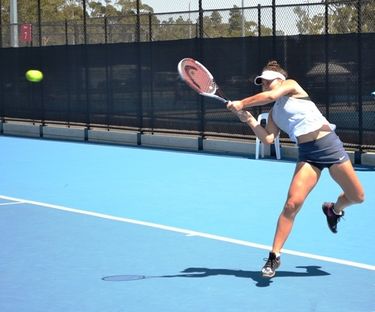 The former world number two and Wimbledon finalist attracted international interest as she commenced a return to the tennis circuit via the Playford tournament, which featured $100,000 in sponsored prizemoney as part of the ATP Challenger and ITF Futures tournaments for men and women.

Doubles winners Dalila Jakupovic and Irina Khromacheva were delighted with their start to the new season, and also highlighted how much they enjoyed playing at the new Playford Tennis Centre.

The pair mentioning that they enjoyed venturing, along with other players, to the nearby Elizabeth City Centre and Prince George Plaza during the tournament.

Interestingly, the Playford International also received coverage in countries such as the United States, Slovakia, Italy, Russia and Poland where media outlets updated their audiences on the results of players from their nations.Players, officials and spectators all spoke highly positively about the Playford International, rating the facility and event organisation as second to none.

The City of Playford Tennis Centre is a key component of the Next Great City project and ties in with Council’s Sports Precinct projects and its Northern CBD development, for which a 4.5 star hotel is the centre piece.