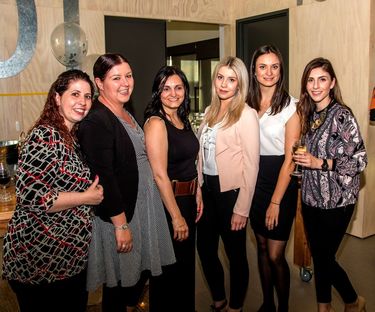 The City of Playford's Stretton Centre recently celebrated its first birthday, highlighting some magnificent achievements.^ Brooke Geelen (left), Karina Jamieson, Anna Ventra, Sara Menz, Elise Pollard and Natalie Carypidis enjoy the Stretton Centre's first birthday celebrations. With a focus on developing business and employment opportunities in one of the fastest growing areas in South Australia, the City of Playford’s Stretton Centre celebrated its first birthday recently.Importantly, the Centre’s jobs website has been an important success for the region, gaining over 10,000 views.The City of Playford’s Mayor Glenn Docherty is delighted by all that has been achieved in the Centre’s first year.“The Stretton Centre has had great success with its jobs portal,” Mayor Docherty said.“The Centre is all about assisting jobseekers and emerging enterprises by providing them with employment opportunities, research grants and a high-tech work space where they can develop and grow their business."

Suburban Jobs Program – The Stretton Centre received $11.3 million in funding to support projects and initiatives that create employment opportunities in the north.

The Stretton Centre hired its first trainee, who began a training and development course. The trainee is now employed at the centre and is joined by a second trainee.