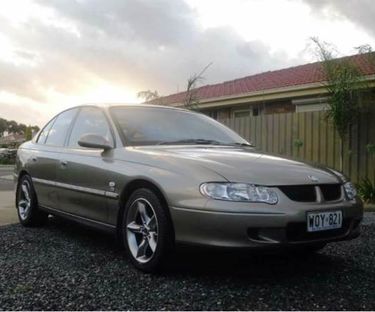 Share this article
Shaun Nicolai is a Holden fanatic.

Shaun Nicolai is a Holden fanatic. And he’s proud of it – even buying one as a 21st birthday present for himself nearly two decades ago. ^^ The Nicolai family's much-loved VX Commodore. Photo: Supplied The lifelong Holden devotee is just one of hundreds of people who have contacted the City of Playford to pay tribute to the car manufacturer before it closes its Elizabeth plant this month.For Shaun, like so many people, Holden is not just a brand but a way of life – together in good and bad.“Unfortunately, my baby (the VL), which I bought in 2000 for my 21st, was written off, parked in a car park in Salisbury next to Fasta Pasta, believe it or not,” Shaun said.“Meanwhile, our VX was the first car my wife and I brought after we got married - this car was purchased as our family car and we brought both our children home in it when they were born and we will never sell it. It’s part of our family.”Shaun said his entire family has always had a love affair with Holden, right from the company’s earthy beginnings.“My great-grandfather worked for the Holden family when they were a saddler company,” Shaun said.“The story goes that he borrowed money to buy his family home from one of the Holden family members while he worked there and, as a result, when the depression hit, he kept his job because he still had to pay back his loan. “My grandfather, dad, mum and both my brothers and I have all owned Holdens and have always enjoyed winding up our friends who drive Fords...Holden, it’s in our blood.” Shaun’s devotion to the icon that is Holden even extends to his love of motorsport.“I was lucky enough to meet the great man Peter Brock in 2006, a few months before he died,” Shaun said.“He came and signed and met Holden fans, what a true gentleman he was.” The Holden factory, which has played such a major role in Elizabeth’s history, will close on October 20.The City of Playford will be paying further tribute to the vehicle manufacturer in the lead up to that date.Meanwhile, Holden will host a Dream Cruise in Elizabeth this Sunday as a public farewell to car manufacturing in Australia.

The cruise will be the major public event to mark Holden’s closure and is expected to attract hundreds of devotees, like Shaun, from all over the nation.