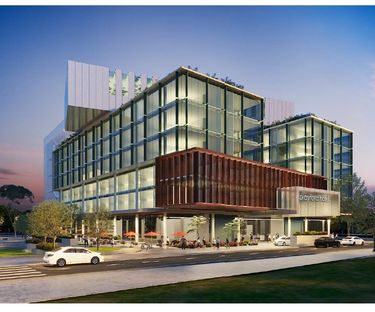 Share this article
New investors are bringing record numbers of development dollars into the City of Playford.

New investors are bringing record numbers of development dollars into the City of Playford. Playford is a magnet for investment, with $292 million in development already approved for the current financial year, outstripping the previous financial year by $100 million.

Investors are banking on assured population growth and readily available land to create jobs in Playford, the gateway to the state’s northern areas.

Nearly 1400 development approvals, everything from glasshouses to petrol stations and supermarkets, have been granted in 2017/18, with further projects pending.

City of Playford Mayor Glenn Docherty said the north is growing full-steam ahead, as developers realise the potential of SA’s Next Great City.

The City of Playford is the fastest-growing local government area in South Australia, with the population projected to expand from the current 96,000 to 135,000 in 2036 – the state’s bicentennial year.

“These developments will drive new sources of revenue; generate jobs; unlock investment and build on entrepreneurial activity to grow industries of the future,” City of Playford Mayor Glenn Docherty said.

“Thousands of short- and long-term jobs will be created as we transition towards a new and prosperous future in SA’s fastest growing community.”

Meanwhile, works are already underway on a $7.4 million multi-deck car park at Elizabeth, built with State Government support, located adjacent to Playford Arena and the site of the proposed hotel.

The City of Playford’s proximity to existing and expanding transport networks is also good news for business.

“The Northern Expressway, the under-construction Northern Connector and railway links via the SCT Intermodal Freight Centre at Penfield all put Playford at the centre of Adelaide’s major transport links,” Mayor Docherty said.

“Our Council is commercially focused and has a clear track record of working in partnership with private and public developers to bring world-class facilities and venues to our community and our State.”

For more information about the SA’s Next Great City development, visit HERE.