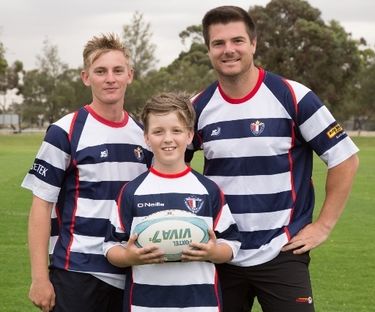 Share this article
The Elizabeth Rugby Union Football Club has experienced excellent growth over the past year and, with pre-season set to start, you could add to the club’s player depth in 2018.

The Elizabeth Rugby Union Football Club has experienced excellent growth over the past year and, with pre-season set to start, you could add to the club’s player depth in 2018.

The club will hold a Come and Try day for senior players (men and women) on Thursday, 15 February, while a junior session will be held the following day and feature a visit by former Wallaby Luke Burgess. ERUFC president Matt Prider said that over the past two seasons the club has had a 65 per cent increase in numbers at senior level, while in 2017 the club fielded junior teams for the first time in five years.

“With a successful recruitment and retention plan, the club fielded two teams in the division one competition,” Prider said.

“The change in the team/club culture saw past players return and the arrival of a fleet of new players.

“With the spike in participation numbers during the off-season, the club also fielded three junior teams.

“From having no juniors in 2016, this year our main objective is to reinforce the existing age groups and to create an under 14 team, bringing the club up to four junior teams and close to 60 juniors.”

Growing numbersThe increase in numbers brought impressive on-field success, with the club winning the Division 1 premiership, while the under 12 team finished fourth.

“That’s a remarkable achievement, given most of the under 12s were playing rugby union for the first time,” Prider said.

An even greater achievement saw the formation of a women’s team for the first time in two decades, competing in the popular annual Elizabeth 7s tournament. “The Elizabeth 7s was a platform for the women’s team to start again and we’re looking to compete in the regular competition in the coming season,” Prider said.

“There have been several off-season activities organised and the players have remained engaged with the club throughout the summer.”

If you would like to be involved with the club, which celebrates its 60th anniversary this year, visit Facebook, or contact club president Matt Prider (0421 570 024 or email).