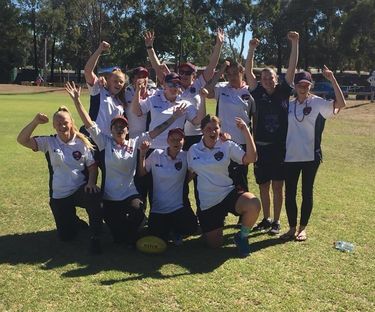 Share this article
Eyre Royals women’s cricket side has completed back to back Para Districts Cricket Association premierships, defeating Angle Vale in the recent grand final.

An unbeaten 51 from Sarah Ferris, who also took a wicket, proved the match-winning effort for the Royals, while opener Febi Mansell also scored 22. Full scorecard

The loss of two wickets for no runs to make the score 4/75 saw a little hope emerge for the Vale, but the Royals did not lose another wicket in pursuit of victory.

Earlier in the day, 3/21 from Danielle Fry helped Eyre dismiss Angle Vale, while Aishlin Killeen (31) top-scored for her side.

Meanwhile, the Eyre Royals Cricket Club was last week received the SACA Community Facility Project of the Year Award for its involvement with the Eyre Sports Park development, which is set to open next month.