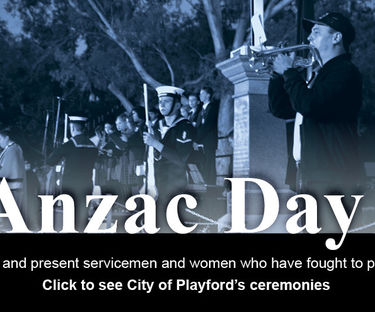 Today, April 11, marks 100 years since One Tree Hill resident Albert Arthur Shillabeer died in battle during World War I. Arthur Shillabeer was among 24 young men from One Tree Hill, Virginia, Smithfield and Penfield who died in action during the Great War, which took place from 1914 to 1918. A member of the 48th Australian Battalion, Shillabeer, 22, died during the battle of Bullecourt, France, in 1917. Two hours after his death the remainder of Albert’s squad was taken prisoner. The Centenary of Anzac 2014-2018 is Australia’s most important period of national commemoration, marking 100 years since our involvement in the First World War.

During the centenary we remember Australians who have fought and served in all wars, conflicts and peace operations in the past 100 years. The City of Playford will pay tribute to the servicemen and women who have served our country through Anzac Day Commemoration Services on 24 and 25 April, 2017, at Smithfield Memorial Gardens.

The services will begin with an Overnight Vigil on Monday, 24 April (7.30pm to 8.30pm), followed by a Dawn Service at 6am on Tuesday, 25 April. For more information about the City of Playford Anzac Day Commemorations and other dawn services in Playford click here.