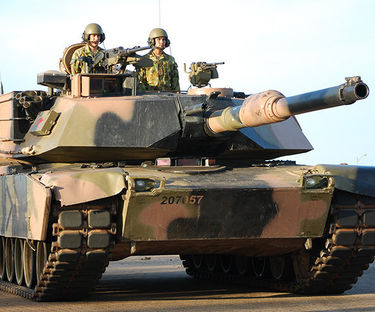 Share this article
Already home to a large defence population, the military presence in Adelaide’s northern suburbs is soon to swell with the Australian Army’s 1st Armoured Regiment changing bases.

• Since Vietnam, the 1st Armoured Regiment has seen active and peacekeeping services in places such as Namibia, Somalia, Cambodia, MFO Sinai, and more recently Timor, Afghanistan, Iraq and the Solomon Islands, whilst still maintaining training for war at home.

• The regiment’s emblem is a lion named Leo Paratus, who is based at Crocodylus Park. When Trooper Leo Paratus enlisted, 1st armoured Commanding Officer Scott Winter drew parallels between big cats and the army, saying they don’t just lie around in the sun enjoying the company of women. ‘‘They have the stealth and agility to hunt in packs and destroy the enemy,’’ he said. • Initially based at Puckapunyal, the regiment soon moved to Robertson Barracks, Northern Territory, in 1979.

• The squadron’s first operation in Vietnam was called Operation Pinnaroo. • The main battle tanks that have seen service in the regiment have been the Churchill, the Centurion, the Leopard and now the Abrams. The regiment’s association newsletter is called Centurion, in honour of the tank. See the 1st Armoured Regiment’s Abrams tanks in action: Sources: army.gov.au; paratus.org.au; awm.gov.au, territorystories.nt.gov.au