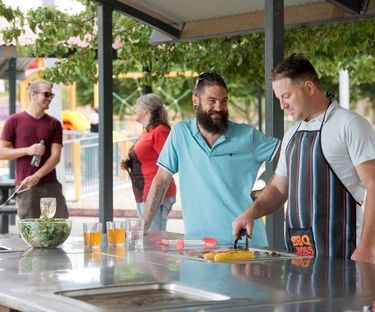 Share this article
<p>Property values across the City of Playford are buoyant as the Council’s vision to build SA’s Next Great City becomes a reality.

Property values across the City of Playford are buoyant as the Council’s vision to build SA’s Next Great City becomes a reality.

The 2018 first quarter figures recently released from the Valuer-General revealed an increase in house values of nearly 17% in Davoren Park, almost 18% in Eyre and over 28% in Smithfield Plains.

The report reveals gains across the City of Playford.

This growth reflects confidence in the City of Playford’s investment, development and community growth strategy, with local residents experiencing the benefits of an infrastructure focus, as well as broader gains in commercial activity.

City of Playford Mayor Glenn Docherty says Council’s strategy is pivotal in steering the future course for our community.

“Our population is expected to increase to more than 132,000 residents by 2036, so we need to ensure we have the infrastructure and services in place to support this growth.”

To support this development and maintain its ‘business as usual’ services, each year the Council’s Annual Business Plan (ABP) sets a budget and reviews the cost of delivering programs and services, while factoring in additional State Government imposed levies and costs.

Mayor Docherty said while major developments such as the CBD car park being built adjacent Prince George Plaza are important for the city’s growth, ensuring footpaths and community facilities are maintained is equally as important.

The draft ABP provides the framework for Council’s agenda for the next financial year.

Over the next financial year, Council will invest $71.7 million in its Capital Works Program, which includes $25.3 million to renew or replace existing assets and $38.3 million for new or enhanced assets.

$1.1 million for rural road sealing in One Tree Hill and surrounds

$2.2 million for the Greater Edinburgh Parks stormwater trunk outfall and a further $379,000 for minor stormwater works

$228,000 for Blakeview’s Fund My Neighbourhood cycling and walking path

In the past 12 months, Council has saved over $900,000 as a result of its landmark Continuous Improvement Program.

“Council is committed to finding efficiencies and delivering value to our community,” Mayor Docherty said.

“We encourage our residents to have their say on council’s budget and our business plans for 2018/2019.”