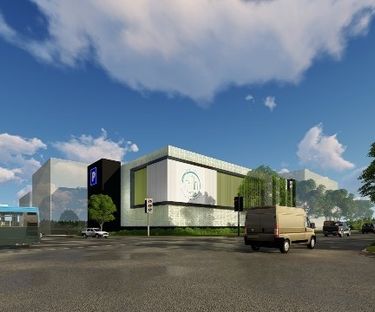 Share this article
Work has begun on construction of the new multi-storey Playford CBD Carpark at Elizabeth.

Work has begun on construction of the new multi-storey Playford CBD Carpark at Elizabeth.

The carpark, for 360 vehicles (including spaces for disability parking), is a key element in the CBD of the North project and will support a proposed hotel, retail space, health precinct, government offices and Playford Arena.

Mayor Docherty said the facility is part of a strategy to create jobs and growth in the City of Playford by attracting private and government investment.

“This carpark will open up more parking for our community and will be a favourable addition for investors in our CBD project,” Mayor Docherty said.

“More than 100 people will be employed in the construction and operation of the facility.”

An option for a sky bridge to access the proposed Playford Arena has been included in the development plan.

The Playford CBD Carpark is being built on the site of a temporary car park between the Grenville Centre and Main North Road.

A new temporary parking site has been developed for use during the construction phase, which will be completed by October 2018.

To accommodate the construction works two new temporary carparks will be available during the carpark build:

The car parks can be accessed from Philip Highway or Main North Road via Prince Charles Street.

The larger car park has approximately 60 spaces and is between the Civic Centre and Main North Road.

The second car park, of 13 spaces, is located on the new CBD Hotel site at the western end of Prince George Plaza.

Disability parking will be available at the nearest points to Civic Centre, Prince George Plaza and Grenville Community Connections Hub.

For further information about temporary parking or the CBD of the North project, contact the City of Playford’s Customer Care Team (8256 0333).