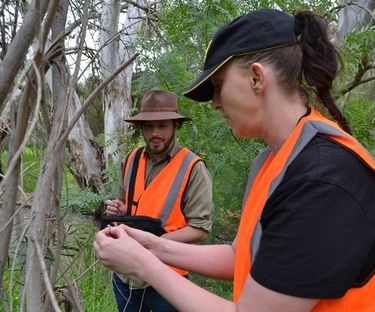 Share this article
<p>Like an ecological jigsaw puzzle, volunteers are putting the City of Playford’s plant life on the biomap.

Like an ecological jigsaw puzzle, volunteers are putting the City of Playford’s plant life on the biomap.

With less than five per cent of the area’s original remnant vegetation remaining within the City of Playford’s boundaries, a group of ecology volunteers are helping ensure its survival through a major biodiversity mapping project.

The volunteers’ work will provide a big-picture view of the native plants and pest weeds populating council’s reserves and creek lines.

“We’ve had an environmental consultant, who was formerly a volunteer with Playford, undertake a rapid assessment of each reserve,” Ms Williams said.

t each reserve and recording the vegetation and weeds on a broad scale, for example, the condition of the reserve as a whole.”

There are now 18 volunteers, in six teams, working in the field each week to identify local species and invasive pest weeds.

For environmental science student Tanya Charlson, the project is providing an opportunity to put some of her studies into practise.

“You can learn so much at university, but until you’re out in the field, it doesn’t all come together,” Tanya said.

Each volunteer is provided with a GIS tablet that provides surveyors with their location, aerial imagery and survey forms, allowing them to record plant details within each 50 metre by 50 metre grid.

University student and volunteer James Johnston said the educational aspect of the program had been very useful, but also revealed some unusual discoveries.

“We’ve found some pretty weird plants out there, there was one we found, it was something out of the desert and we later found out it was called an atriplex nummularia (old man saltbush),” James said.

As the volunteers’ data grows, the details from the study will be used to decide where council will focus its native plant and weed-management programs.

“It is not realistic to expect that all pest weeds can be entirely eradicated, but we can be strategic about what areas to tackle and when,” Ms Williams said.

“Over time, it can also be used as a monitoring tool to assess progress and report on results.”

The information will be used by the City of Playford in a variety of ways, including planning, weed management, mowing and biodiversity management.

Which reserves are being mapped?

All reserves within the City of Playford with a connect corridor will be mapped – approximately 821 hectares of reserves equating to 3300 quadrats.

Among the areas being mapped are:

Biodiversity reserves, such as Jo Gapper Park and Whitford Reserve;

Creek lines including Smith and Adams creeks and Stebonheath wetlands;