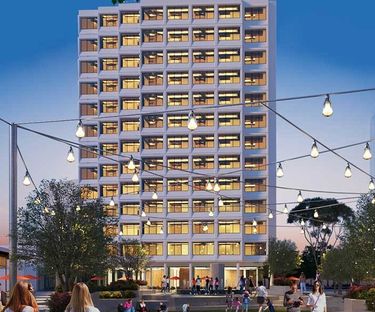 Share this article
The City of Playford is turning Elizabeth into SA’s Next Great City.

The City of Playford is turning Elizabeth into SA’s Next Great City.

Read on for our latest CBD of the North project update – this time we look at Playford’s planned hotel, free WiFI and the renaming of one of our suburbs.

Expressions of Interest are now open for the planned Playford Hotel development.

The proposed hotel, to be constructed in our Northern CBD, will have up to 150 rooms and feature all day dining, commercial offices and ground floor retail outlets.

Council appointed Savills as the agent to conduct the expression of interest process.

The agent has worked with Council to develop marketing materials for the project, including the production of a promotional video. Interested hotel developers will be able to view the site with the agent over the next month, with a decision to be made regarding the preferred developer anticipated in December.Playford’s Digital Portal to the Future

Free WiFi and solar-powered mobile-device recharge stations installed in the Prince George Plaza are just the start of a commitment to making our CBD a digital portal with high-speed connectivity to the world.

This means any new tenancy in the Playford CBD can access Gig City network speeds 146 times faster than current internet and 40 times faster than the NBN. Read: Playford: A Smart City Green Light for Prince George Plaza Fountain A temporary power connection to the Windsor Green fountain installed for the Prince George Plaza opening event showed that the pump and lighting systems are working well.

We look forward to informing you once this work is complete and the fountain can be turned on again and become fully operational. Read: The Windsor Fountain's back Sports Precinct: Suburb Renamed to align with Eyre Development

The area bounded by Womma, Stebonheath, Petherton and Andrews roads, Penfield, will be known as the suburb of Eyre from 31 October 2017.

The community was consulted about the change in 2015 and more than 76 per cent of respondents supported the initiative.

Council is writing to the affected residents to confirm the name change, which will align with the suburb’s current development which is being undertaken by AV Jennings and the $5.5M Eyre Sports Park - due for first stage completion this December. Read: Fresh Eyre for local cricket club Playford Bowling Club Munno Para Bowls Club and the Elizabeth Bowls Club members have been working together with Council towards amalgamation as the new Playford Bowling Club.

The new club has already started playing under the new name and uniform and members are now focused on the advantages the merger will bring.

“We will be getting visitors in from all over. We will attract new members and more tournaments because of the facilities,” former Elizabeth member Dean Glover said.