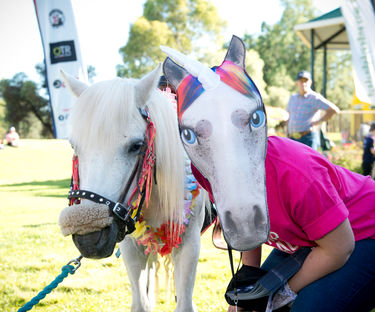 Share this article
The wait is over! The City of Playford has released the full program details for its first two-day Adelaide Fringe festival, Playford Palace.

The wait is over! The City of Playford has released the full program details for its first two-day Adelaide Fringe festival, Playford Palace.

Playford Palace, 24 and 25 February, will transform the Civic Centre into a world of theatrics with street and stage performances in comedy, dance and music, as well as spectacular visual art exhibits and extravagant banquets.

Mayor Docherty said Council is excited to see the Playford Civic Centre precinct be transformed into a royal wonderland.

“It will be a jam-packed two-day program full of free and affordable entertainment with music, dance and comedy for the whole family to enjoy,” Mayor Docherty said.

The roar of laughter will echo through the streets as comedian Dave Hughes headlines the festival, accompanied by a mix of local emerging talent, state and national performing artists.

“To add to the entertainment of Aussie comedy royalty, Dave Hughes, and tribute artist, Greg Hart, the program will feature acrobatics from the Adelaide German Wheel team and CirKidz, Once Upon a Princess, Satisfaction: The Stones Show, Keep the Change, and much more,” Mayor Docherty said.

Old car doors will be revamped into eye-catching, jaw-dropping pieces of Fringe art as part of The Lion and the Unicorn exhibition and artists in residence, Scott Rathman and Andrew “Nobby” Clarke add to ambience within the Great Hall.

There will be plenty for the kids, and the big kids, to do from art and smart tech workshops in the Digital Dungeon to a laser tag duel in the Ruby Room.

“So keep an eye out for these mythical creatures at our upcoming events such as the Playford Alive Outdoor Cinema Series,” he said.

It will truly be an experience for families to explore an alternative universe where nothing is quite what it seems when it comes to life in the royal palace.

To see the full program details visit: www.playford.sa.gov.au/playfor... or read below.