Playford Mayor: We are not the next Detroit 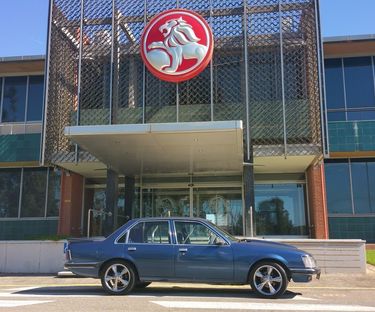 Share this article
We are not the next Detroit.

We are not the next Detroit. We are driven towards a prosperous future.

That is the message City of Playford Mayor Glenn Docherty shared to a national audience on top-rating Sydney radio station 2GB. Photo: Tania Lenthall With the closure of General Motors Holden’s Elizabeth plant two weeks away, Mayor Docherty was interviewed by well-known finance broadcaster Ross Greenwood, who has proved to be a fan of the City of Playford’s vision to develop SA’s Next Great City. Read: Holden pics & memories Dream Cruise celebrates Holden “It is genuinely a mindset…you can get worried, you can get miserable and you can sink into the morass and do nothing, or, like Glenn and a whole bunch of other people in Playford, you can sit yourself up and say, ‘right let’s have a good crack at this’,” Greenwood said. “The truth is, if you sit there and worry about those difficulties forever, nothing will ever get done.“That’s the attitude that every industry, and every country and every individual needs as well.”Mayor Docherty told Greenwood that the CBD of the North project is about our community “taking control” and not being defined by decisions made in a boardroom in Detroit.“We’re not in the business of misery,” Mayor Docherty said.“There’s plenty in the media that are out there to paint places like Playford as destitute – we are not like that.“We have a community that has had some sadness and is grieving over Holden but has come back and said ‘look we don’t want to be Detroit, we want to be the Next Great City in South Australia'.

“We’ve got the skills, the capacity and the determination.”Mayor Docherty said this community was built from nothing 60 years ago and “we are going to continue to make Elizabeth a great place to live, work and play”.The interview was aired just hours after General Motors Holden had announced that it had secured a buyer for its iconic 134-hectare site at Elizabeth.The prominent journalist visited Playford last year, just as construction work on the Playford CBD was commencing – the first stage of that program will be launched at the new Prince George Plaza tonight.