Playford in the News - December 16 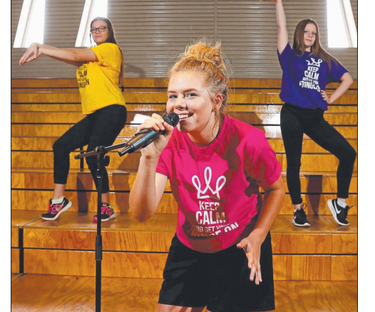 Share this article
With the Adelaide Festival Fringe just around the corner, the City of Playford has received coverage about its plans for next month's entertainment extravaganza.

With the Adelaide Festival Fringe just around the corner, the City of Playford has received coverage about its plans for next month's entertainment extravaganza.Find out what else was making the media in Playford over the past week.

Plans for #PlayfordPalace are well under way, with the community excited to be playing their role in the event, according to Sarah Rohweder in the Northern Messenger. Meanwhile, Hughesy is so excited about his Playford performance that he retweeted us, while one of his fans went even a little bit further.To more serious matters, and The Bunyip's Matteo Gagliardi looked at the South Australian electoral boundaries redistribution will impact on some of our local voters.The Playford Tennis Centre also received The Bunyip's attention, with Laura Collins reporting on developments at Spruance Reserve.

The State Government announced that the City of Playford's Stretton Centre would be among the first locations to enjoy the $4.7 million GigCity Adelaide ultra-fast internet network.