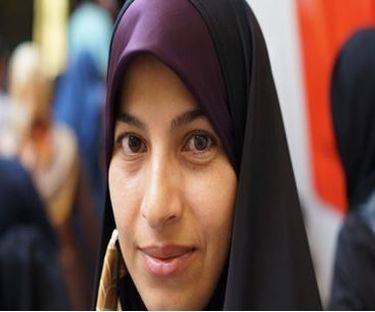 Share this article
Understanding our health system or accessing services can be a real challenge – especially if you’re a migrant or refugee.

Understanding our health system or accessing services can be a real challenge – especially if you’re a migrant or refugee. ^^ A migrant health forum is being hosted by the City of Playford tomorrow. Photo: Stock However on March 9, the City of The Playford will host a forum for community members and health professionals aimed at finding solutions to some of these issues.It’s also an opportunity for people to share their unique stories like that of ‘Farah’ (whose real name has been suppressed to protect her identity).Fleeing persecution, Iranian-born Farah arrived in Adelaide with her two-year-old son to reunite with her husband, only to discover he no longer wanted to be married to her.Alone, in a new country with very little English, and without a man directing her life for the first time, Farah discovered she was pregnant.“I didn’t know how many weeks pregnant I was, I didn’t know my options, I didn’t know how to find the information I needed,” Farah said.“I knew I had to make a quick decision, but I didn’t know where to go for help.”Finally, Farah stumbled across a service that could help her arrange a termination, but she found it difficult telling her story to strangers and discussing a decision that would have been unthinkable to her only months before. Embarassed and ashamed“I was so embarrassed and ashamed,” Farah said. “Interpreters help with the language barrier, but then they hear your confidential medical information also. It’s very uncomfortable,” Farah said.Farah wasn’t offered support from a psychologist or counsellor.“It was only later that I discovered I could have asked for this service,” she said.Almost 10 years on, Farah has established herself in Adelaide with a job, friends and a stable home life, but she still recalls the trauma of the early days in Australia.“On the plane from Sydney to Adelaide, I tried to ask for a glass of water and no one could understand me,” she said.“That was when I realised how hard it was going to be. When I would go to the city, I was always afraid of losing my way. I always had the police phone number and my case worker’s phone number with me.” HurdlesFarah has also had to verify her son’s immunisation status and arrange to have her tonsils removed through the public health system.“Language and trust are the two big hurdles,” she said.“People are embarrassed to explain what their sickness is to a stranger. For women, it’s hard to get in to see a female GP and they may not share the information they need to with a male doctor.”Despite the challenges, Farah is comfortable with her decision to make a home in Adelaide with her son.“When I was a child I dreamed of two things – visiting Australia and owning a red Mercedes Benz,” she said. “So far, I’ve achieved one of the two.” To learn more about the challenges migrants and refugees face in navigating the health system, book a ticket to the Migrant and Refugee Health Forum to be held on 9 March at Playford Civic Centre.