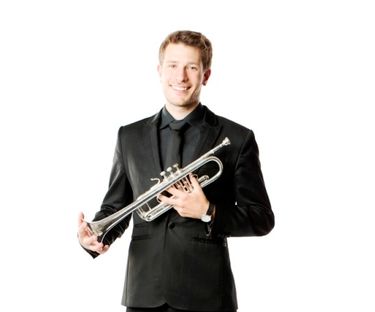 Share this article
At just 22, Owen Morris, is the youngest Principal Trumpet player in an orchestra in Australia.

At just 22, Owen Morris, is the youngest Principal Trumpet player in an orchestra in Australia.

OM: It was about two years ago I was invited to do an audition for principal trumpet in the orchestra and I was the right player on the day that they wanted. PN: What does it mean to you to be a member of the ASO?

OM: It is a real privilege to be involved in this organisation. It’s such an amazing orchestra and to be full time and in a permanent position just means that I can come to work every day and feel comfortable and play good, consistent music with the orchestra.

PN: Why did you pursue a career in music?

OM: I decided to get involved in music just because I love it. It’s so exciting to be part of a live performance and the energy that comes with live performing and being part of a big group of people all trying to achieve the same thing is just exhilarating. PN: What can the audience expect from the upcoming performance?

OM: We will be playing the Hummel Trumpet Concerto in E major, which is a beautiful piece of classical music, lots of different colours and exciting bits – soft, loud, slow, fast. It’s a beautiful piece of music and it’s probably my favourite trumpet concerto to play, so it’s going to be a real honour to be playing it in front of the Adelaide Symphony. Come join us on Friday, 6 October from 6.30pm at the Prince George Plaza, Playford Boulevard, for its official opening.