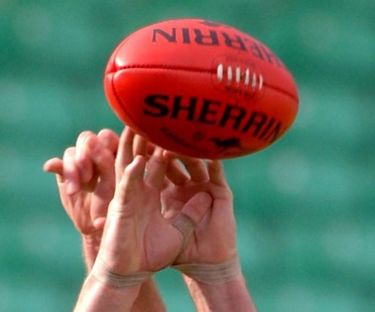 Share this article
Central District will face Sturt in this weekend’s SANFL first semi-final as its rollicking run continues, but unfortunately the major round didn’t end in the ultimate triumph for Angle Vale’s women – losing their grand final on the weekend.

Central District will face Sturt in this weekend’s SANFL first semi-final as its rollicking run continues, but unfortunately the major round didn’t end in the ultimate triumph for Angle Vale’s women – losing their grand final on the weekend.

Meanwhile, Eastern Park paid tribute to a much-loved member prior to its match.

Central District knocked Norwood out of the premiership race in the Elimination Final at Adelaide Oval on Saturday, a clinical fourth quarter producing seven goals.

Including this beauty from Josh Glenn. The Dogs won by 48 points and Glenn booted four goals, while best for the Bulldogs were Trent Goodrem, Kyle Jenner and Ryan Llewellyn.

Sadly, the reserves couldn’t emulate the senior side, losing to West Adelaide on Sunday, going down by 31 points.

Best players in that game were Matt Prior and Jacob Templeton. SAWFL

Christies kicked two goals in the first quarter and led at every change to hold sway in tough conditions at Thebarton.

The Hooters could only manage the one goal, to Lesley Burrows in the second term, and went down by 22 points.

^^ A great photographic view of the day. Adelaide Football League

In division four, Eastern Park hosted Morphettville Park at Dwight Reserve and in a low-scoring contest was knocked out of the premiership hunt.

The Demons led by seven points at quarter-time, but a scoreless second term saw them trail at the major break and never regain the lead.

Talented sportsman Brad Woodward kicked three goals, while Luke Feast and Peter Diedrichsen were best for the Parkers. ^^ Eastern Park’s match started with a tribute to club stalwart Bill Nicholls on Saturday. Meanwhile, in division six, Elizabeth’s hopes of a grand final berth and promotion were ended by a rampant Ingle Farm, which won by 55 points.

The Farmers brought a mass of supporters and they were vocal in the last term as their side rolled into the premiership decider.

The Eagles booted the first three goals of the game and looked the goods, but the Bulldogs turned the contest around, fought to the lead at quarter-time and were never headed again.

Best for Elizabeth were veterans Lee Makris and Daniel Paradiso.

There was some good news for the Eagles, though, with the B grade moving into the premiership decider against Pulteney, ending a long-running preliminary final hoodoo to defeat Ingle Farm by 24 points.

Elizabeth’s reserves play in the grand final at Edwardstown from midday Saturday, while the club’s C grade feature from 10am (playing Payneham-Norwood Union). Adelaide Plains

Virginia is through to an eighth-straight Adelaide Plains reserves grand final after defeating Mallala by four points in a thrilling second semi.

Holding a 27-point advantage at half-time, the Rams had to hold off a surging Magpie outfit to progress.

Virginia will be seeking a third-straight flag.

In the senior colts, Angle Vale progressed to the decider at the expense of Virginia, winning by seven points.

Ryan Humphrys kicked six goals for the Owls, while Lachlan Mitchell was best.