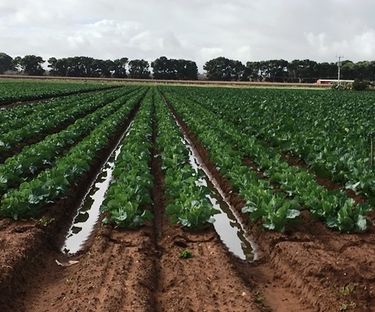 Share this article
An irrigation project expected to create up to 3700 jobs in northern Adelaide has been welcomed by the City of Playford.

An irrigation project expected to create up to 3700 jobs in northern Adelaide has been welcomed by the City of Playford.

The Federal Government yesterday announced it would contribute $46 million to the project that will pump recycled water from the Bolivar sewage treatment works to the Adelaide Plains for use in irrigated agriculture and horticulture, supporting the State Government’s previously announced $110 million commitment.

The State Government said the Northern Adelaide Irrigation Scheme will add more than $500 million a year to the State’s economy.

The City of Playford’s Mayor Glenn Docherty welcomed the important investment in northern Adelaide as the community moves away from a manufacturing platform with the imminent closure of the Elizabeth Holden plant.

Mayor Docherty said this region will continue to be an important economic driver in South Australia.

“Combine the irrigation scheme with the City of Playford’s CBD of the North project, both of which are bringing jobs and employment to the northern area, and there is much to be positive about in this part of the state,” Mayor Docherty said.

“We look forward to seeing the results of both of these projects benefiting our community via jobs and investment.”

The irrigation project, consisting of $110 million (State) and $46 million (Federal) funding, is expected to open up further investment opportunities for local businesses across Asia.

A new water treatment plant, pump station bore field and 50 kilometres of pipes will feature in the project. What they said about the Northern Adelaide Irrigation Scheme: Federal Assistant Water Minister Anne Ruston:

There’s quite a lot of land out on the northern Adelaide Plains that, with the addition of adequate water supply, could be used, so we are certainly looking for an increased footprint of horticulture out there. But, equally, part of what the project has been designed and put forward to us is that people who are already out there can get access to more water.