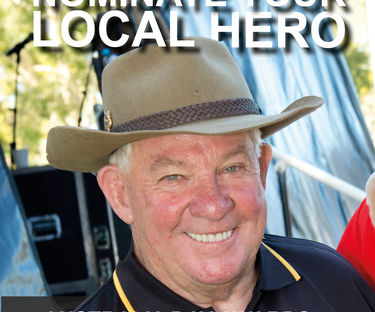 Share this article
It’s time to recognise the outstanding achievements of our local unsung heroes through the City of Playford’s Australia Day Awards.

The City of Playford’s Australia Day Awards acknowledge the valued work and commitment of community members who give their time generously to help others.

Playford’s Australia Day Awards are an opportunity to recognise the outstanding achievements of a Playford community member, group or initiative and sporting club.

Being recognised for an Australia Day Award is a great honour, paying tribute to someone who makes you proud to be Australian.Award Categories

Citizen of the Year: For nominees aged 30 and over.

Young Citizen of the Year: For nominees aged 29 and under.

Sports Club of the Year: For nominees that are solely located in the City of Playford (not including games and matches). Eligibility

Groups and individuals are not eligible for nomination if they:

• have previously received an award in the same category (individuals)

• have previously received an award for the same initiative (groups)

• are a sitting state or federal politician, current vice-regal officer or an Elected Member of Council

Hardcopy: You can download an Australia Day Awards 2018 – Nomination Form or can collect from one of our customer care locations. Hardcopy nomination forms must be returned by 5pm on 10 November