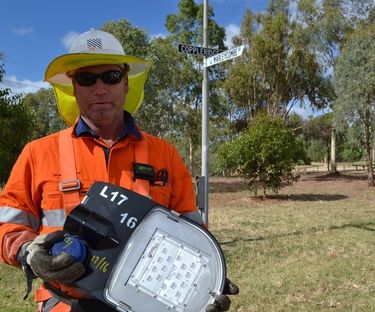 Share this article
The City of Playford’s #SmartCity program is being extended across the Council area, with energy and cost efficient LED lighting being installed throughout the community.

A drive towards energy efficiency and reduced power costs is seeing LED street lights being installed across the City of Playford.To ease the burden of increasing energy prices, which have risen on average between 30% and 50% over the past 12 months, Council has been working with South Australian Power Networks to install the lights right across the Playford area.

SAPN began work on the replacement program in Elizabeth South and Elizabeth Vale in November, with installation of the initial 1300 pedestrian category lights to be completed by this March. The expected energy savings will reduce Council electricity costs by approximately $225,000 per year.

The City of Playford Mayor Glenn Docherty said the 14W LED street lights are an environmentally sound step forward for Council and its residents.

“The program will commence with an initial 1300 lights being replaced, ensuring our City plays an important role in reducing its environmental emissions, which in-turn will also have a benefit in reducing energy costs,” Mayor Docherty said.

“These lights are four times more efficient than the cost of running our current lights, with a 74 per cent reduction in carbon dioxide emissions.”