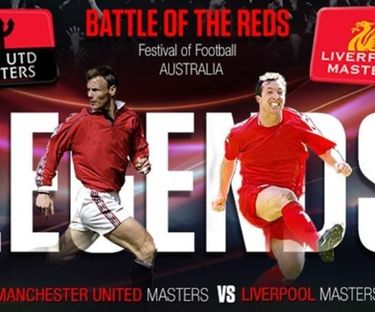 Share this article
Liverpool and Manchester United, the Tour Down Under and a new tennis centre are all set to make headlines in the City of Playford.

Liverpool and Manchester United, the Tour Down Under and a new tennis centre are all set to make headlines in the City of Playford.

^^ The Battle of the Reds is coming to Adelaide.Try tennisThere is plenty of excitement around the new Playford City Tennis Centre this Saturday morning.

Hitting off from 10am, the Come & Try Day is a chance for people of all ages to have a play on this brand-new world-class facility.

There will be tennis lessons for children aged five to 12, prizes, organised activities, free court hire and a free barbecue.

Some of Playford’s brightest young soccer players will have a rare opportunity to have a kick around with some of the greats of the EPL when legends of Manchester United and Liverpool visit the John McVeity Centre.

The players will be in Adelaide for the Battle of the Reds, to be held at Titanium Security Arena on Saturday, 22 July.

As part of their visit, 10 young players from each club across the City of Playford have the opportunity to meet and greet the former EPL players.

For more information, speak to your soccer club.

Down our roads The Tour Down Under announced stage routes for the January 2018 event last week and Playford’s Hillbank and One Tree Hill will again feature in stage one of Australia’s premier cycling road race.

This time, the stage will start in Port Adelaide on Tuesday, 16 January (11.45am), and the riders will make their way up Blacktop Road before heading to Lyndoch via Humbug Scrub.

The One Tree Hill community really gets behind the big occasion, this year hosting its Country Markets as part of the celebrations.

A king of the mountain stage will conclude at Humbug Scrub. ^^ Hillbank and One Tree Hill will again feature in stage one of the Tour Down Under in 2018.