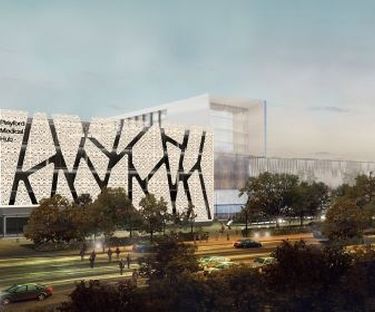 Share this article
A new report has identified the City of Playford as one of the top five places to invest in the nation.

A new report has identified the City of Playford as one of the top five places to invest in the nation. Learn more.... ^^ A new medical facility is among the major projects in the Playford Community. Photo: Supplied

The report by market analyst Hotspotting points to Playford as one of the best places in Australia for investors to find a bargain.

The Cheapies with Prospects report identified Playford as one of the top five places to invest in the nation.

Read more about the report here. Meanwhile, work is progressing on a number of major projects across the Playford area. Here’s an update on their progress. Eyre Sport ParkA new multipurpose sports field facility and shared clubrooms is being developed at Penfield.Named Eyre Sport Park, the facility will become home to the Northern Wolves Soccer Club, Rose & Crown Cricket Club and the Central Districts Rugby League Club, with new grounds to be completed later this year and early next year.

The park is a joint venture between the City of Playford and AV Jennings. CBD – Medical Centre The first private development in Playford CBD has been secured, with a deal for a $21-million medical clinic and professional offices building signed in December.The facility is expected to create 150 full-time jobs once complete.Several other high-profile commercial and retail investors are in discussions with Council about joining the growth of the new Playford CBD, while an ice-sports arena has also been proposed for the site. Playford Bowls Club ^^ Work is under way on the new Playford Bowls Club. Photo: File The new Playford Bowls Club has been approved and will be created on the site of existing Elizabeth Bowls Club at Goodman Road.Bringing together Munno Para and Elizabeth bowls clubs, the new facility will have three covered greens, the most of any bowls facility in South Australia.Building work is already under way, with completion expected by October. Playford Tennis CentreConstruction is rapidly approaching completion on the new Playford Tennis Centre, and is on track to be finalised by June.Courts have been constructed and work on the clubhouse is taking shape with lighting and fencing already installed.The Centre expects to host its first matches before the end of the year.