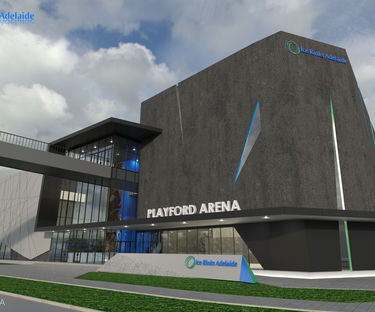 Share this article
Ice rink development closer to fruition and we can show you the plans.

Ice rink development closer to fruition and we can show you the plans.^ Slide show of the artist plans for the facility. A $35 million ice rink and entertainment facility development at Elizabeth is now only weeks away from State Cabinet approval and works commencing.The facility, proposed by Cruachan Investments, will feature two ice hockey rinks, a 21-metre rock-climbing wall, restaurant, dance studio and playground and is part of the City of Playford’s Smart City project.

“There will be 100 jobs during construction and a further 70 full-time equivalent positions to run the complex when it is complete,” Mayor Docherty said.Cruachan Investments’ director Stephen Campbell said the facility will bring a major new entertainment outlet to the north, as well as open up massive opportunities for one of the fastest-growing populations in the state.“It’s the most significant ice sport and rock-climbing infrastructure development in Australia and the largest ice sports complex in the Southern Hemisphere,” Mr Campbell said.“Insulated decking tiles will transform the big rink into a concert hall and we will be announcing a big ticket performer for its launch.”In further exciting news, the developers are close to securing an Australian Ice Hockey League team for the venue, while negotiations are under way for Playford Arena to host an international match between two ice hockey superpowers.The announcement that the development is close to fruition follows the City of Playford announcing a new sporting facility at Penfield on Monday. ^Check out the highlights from this season’s AIHL grand final.