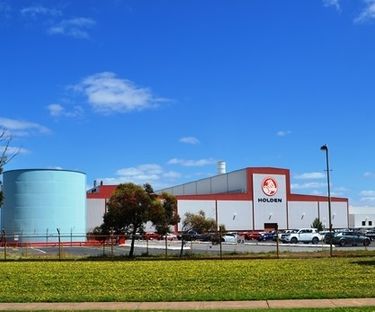 Share this article
The City of Playford welcomes news that the former General Motors Holden plant in Elizabeth is to remain a northern economic driver, with the announcement that Melbourne-based Pelligra Group is purchasing&nbsp;the site.

The City of Playford welcomes news that the former General Motors Holden plant in Elizabeth is to remain a northern economic driver, with the announcement that Melbourne-based Pelligra Group is purchasing the site.

To be renamed Lionsgate Business Park, honouring the site’s links to Holden, the property will transition to a master-planned, innovative business park, providing opportunities for new and established industries.

Holden closed its long-serving plant on October 20, ending a 60-year relationship with manufacturing in Elizabeth.

City of Playford Mayor Glenn Docherty said today that it is exciting the site will be in use so soon after vehicle manufacturing had ended, creating over 400 jobs during and following the construction phase.

“It’s great to see an investor willing to invest $250 million into the Holden site. We’ve got some new hope and some new business interest in creating new jobs in northern Adelaide,” Mayor Docherty said.

“Pelligra have some plans and ideas and they want to get started as soon as possible; and we need to remember they are leasing 30 per cent of the park to Holden, who will be a tenant for years to come.”The site will provide unique opportunities for businesses in food, beverage, defence, logistics and manufacturing sectors, with announcements about future tenants expected to made in coming months.

It is anticipated the site’s heritage will also be highlighted, with a GMH museum included in the plans. SA's Next Great City

Mayor Docherty said the City of Playford had prepared for the Holden closure by embarking on an aggressive three-tiered construction program to promote jobs and growth in the north and the Lionsgate venture complements that initiative.

“There are many exciting projects in Playford: the Northern CBD, the sports precinct and health precinct – but what I really like about this project is that we’ve got a company willing to invest over $250 million into this site to help create and grow jobs in South Australia and that’s really important for the north,” Mayor Docherty said. “We want as many of our people to get jobs as close to home as possible and the skills our people have in the industries that will occupy this site works to our community’s natural strengths.”

Mayor Docherty said that while many had predicted doom and gloom for the north, there is much to be excited about as South Australia’s fastest-growing Council drives confidently into the future.

More reading: We are not Detroit Holden pics and memories