History made by illegal dumper 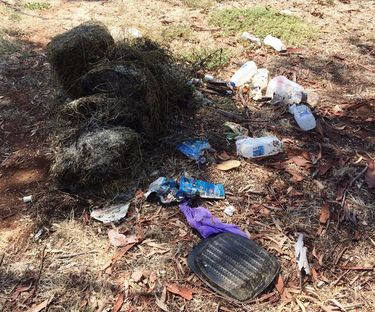 Share this article
A City of Playford resident has created history by being the first illegal dumper prosecuted and convicted under new South Australian anti-dumping laws.

In March, witnesses observed Ahmad Rafique transporting two wheelie bins into the Council reserve and emptying them, leaving behind, among other items, green waste, plastic bags, bottles and other household waste.

Mr Rafique was originally fined $1000 by the City of Playford under the Local Nuisance Litter and Control Act 2016, but contested the expiation, resulting in an appearance before Judge Jack Costello in the Environment Resources and Development Court this month.

Mr Rafique pleaded guilty, but unsuccessfully sought to have the fine cancelled.

• Judge Costello found that, despite pleading guilty, Mr Rafique was not remorseful about his offence;

• The maximum penalty for the illegal dumping offence is $5000, which Judge Costello reduced to $2000 prior to discount as the offence was not regarded as high-end;

• Judge Costello then discounted the fine to $1200, due to Mr Rafique’s early guilty plea;

• Costs of $816 were awarded to the City of Playford and a $160 victims-of-crime levy was imposed. Mr Rafique’s penalty totalled $2176 and a conviction, all of which could have been avoided.

In sentencing, Judge Costello said it was important to send a message that illegal dumping is unacceptable.

“The offence is, in my view, a deliberate offence and one which warrants a penalty which will discourage not only the defendant but others who might be encouraged to offend in this way,” he said.

Much of the rubbish could have been dumped correctly, via the general waste and recycling bins provided to every home in the City of Playford by NAWMA.

The tree and grass cuttings could have been disposed of simply by purchasing an additional 240-litre green-waste bin from NAWMA for $65 (delivered).The conviction follows the City of Playford recently issuing fines to three illegal dumpers caught offending within the Council area by hidden cameras.

Further reading: Dump watch Illegal dumpers finedYou can't get away with it