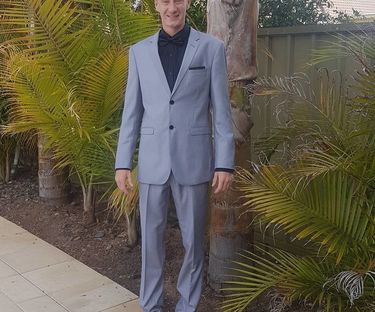 Share this article
Fast bowler angered his hat-trick is getting all the attention.

Fast bowler angered his hat-trick is getting all the attention. Like all bowlers, he wants credit for his batting. Source: Facebook When ATCO bowler Dylan Childs (pictured) took a hat-trick in Para Districts cricket this week, he only had one match highlight in mind - the 'red ink' he collected during his team's batting innings.The teenager took a remarkable hat-trick against PDCA powerhouses Salisbury West in the weekend's round of grade one cricket.His scalps included the best middle order in the competition, a fact reported by Playford News in its weekly PDCA wrap.He took four wickets in five balls and finish with 5/18 as he destroyed Salisbury West and guided his team to its first win of the season (score card).The story prompted plenty of plaudits.

And some friendly jibes. But there was only one thing on the young bowler's mind...The story had failed to report on his nine not out in ATCO's innings.

The young fella then informed Playford News that two of his not-out innings had come batting at number 10.To which, we had only one answer... We're genuinely unsure how Australian all-rounder Glenn Maxwell would feel about batting below Dylan Childs, given the huge spray he gave his Victorian captain Matty Wade last week. We look forward to seeing if ATCO's skipper Nathaniel Brookes gives reward for effort and lifts Childs up the order in coming weeks.