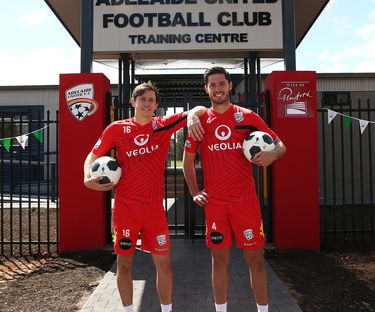 Share this article
Playford soccer fans will again have a local star to cheer in the A-League, with Craig Goodwin returning to Adelaide United.

Playford soccer fans will again have a local star to cheer in the A-League, with Craig Goodwin returning to Adelaide United.

The Socceroo-capped mid, whose career started with Munno Para City, is returning to the Reds from Dutch club Sparta Rotterdam, where he played 47 games for a return of six goals.

Upon signing with United, Goodwin told the Advertiser that he was looking forward to returning to the club where he won a championship in 2016/17.

“There were a few options for me to consider and Perth was one of them and it was very appealing with (coach) Tony Popovic there,’’ Goodwin said.

“I have a history with Adelaide and good memories and for my ambitions of trying to get back into the national team and to better myself as a player, Adelaide is the club for me to do it at.”

Adelaide United commenced pre-season training at Ridley Reserve, part of the City of Playford’s Sport Precinct, in Elizabeth on Monday.