Getting mental with Matt 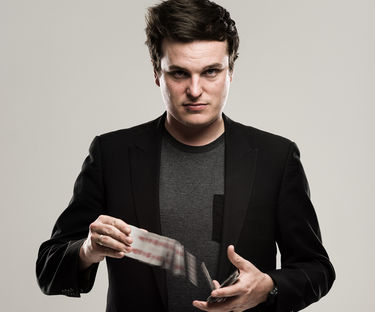 Share this article
<p>The name of magician Matt Tarrant’s touring show, Honestly Dishonest, could easily be emblematic of his time on the television program Australian Survivor, on which he is currently appearing.

The name of magician Matt Tarrant’s touring show, Honestly Dishonest, could easily be emblematic of his time on the television program Australian Survivor, on which he is currently appearing. Tarrant, who left his high-flying finance job five years ago to pursue a career as a magician and mentalist, will be performing at Elizabeth’s Shedley Theatre on November 19.

Now back home, and away from the island paradise where Survivor was filmed, the Adelaide-based entertainer said his skills came in very useful on the popular Network 10 program, where game playing, strategy and a well-placed drip of deception were commonplace...but only for a short while. “My belief was that it was going to give me a huge advantage – I knew I could read everyone like an open book – and, to a certain extent, it did,” Tarrant said.

“But as your body gets destroyed by the lack of food, water and sleep, it gets tougher.

“I realised a lot of stuff that I do on stage is a lot harder when you don’t have control and everyone is out to get you.” You can be assured that when Tarrant takes the stage next month, he will be under total control and bringing the audience along with him for the ride.

Tarrant doesn’t take himself, or his craft, too seriously and looks forward to giving his audience a sneak peek behind the scenes of a magician’s trade secrets.

“It’s, basically, a bit of a story on magic and how it’s evolved over the years and how my show has evolved – I talk about the things that got me into it and allow the audience to enjoy it,” Tarrant said.

You can purchase tickets for the Saturday, November 19 show at the Shedley Theatre by contacting 8256 0500 or theatre@playford.sa.gov.au