From Elizabeth to Emmy Winner 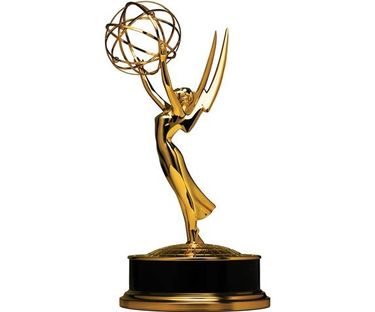 Share this article
A girl from Elizabeth has enjoyed success at television’s night of nights in Los Angeles – producer Bruna Papandrea was part of the Australian contingent that won six Emmys for Big Little Lies.

A girl from Elizabeth has enjoyed success at television’s night of nights in Los Angeles – producer Bruna Papandrea was part of the Australian contingent that won six Emmys for Big Little Lies. But who is Bruna Papandrea and have you seen her work?Bruna Papandrea, born in Adelaide in 1971, grew up in Elizabeth, where she was raised by her mother, Maria, and attended Fremont High School, at Elizabeth Park. On ABC Radio Adelaide this morning, Maria Papandrea said her daughter was “always very smart, very headstrong”.

In a profile piece on Papandrea, which appeared after her success as a producer with the thriller Gone Girl, the Hollywood insider lamented the closure of her former school (which is now part of Playford International College). “It’s kind of been torn down and no longer exists,” says Papandrea. “It almost brought a tear – my grandparents used to live across the road.” - Adelaide Now Big Little Lies was produced by the company formed by Papandrea and movie star Reese Witherspoon, Pacific Standard.

Pacific Standard was created with the intent to focus on producing programming featuring strong female roles. "I want to keep putting women at the centre of stories, and giving our daughters examples of what women can be." - Sydney Morning Herald “I’ve read scripts for them for many years and have always been heartbroken at the type of role they (women) were being offered – just girlfriends or wives. They weren’t complex women, not like [the male roles], who are at the centre of movies.” - Daily Telegraph Big Little Lies starred Nicole Kidman and was based on an Australian novel, written by Australian Liane Moriarty. “Not only is the book magnificent and has a great mystery, but there’s these five women at the centre. For us as a company, it was literally like striking gold.” - Australia Unlimited Other high-profile work includes:

In August, it was announced that Papandrea would be working on a film about Westboro Baptist Church, called This Above All. Papandrea has two children with husband Steve Hutensky, also a producer.