Fringe is coming to Playford 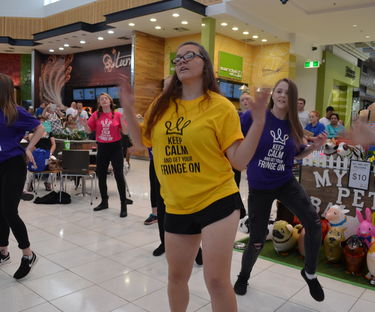 Share this article
&nbsp;The City of Playford’s secret is out as it welcomes Fringe to the city in 2017 with its very own Playford Palace.

The City of Playford’s secret is out as it welcomes Fringe to the city in 2017 with its very own Playford Palace. The two-day festival on 24 and 25 February will provide the northern suburbs and visitors to the region with an opportunity to discover an alternative universe where nothing is quite what it seems when it comes to life in the royal palace. City of Playford Mayor Glenn Docherty said Playford Palace will bring our Civic Centre to life with entertainment for all ages. “We have thousands of residents who go to Fringe events every year and they have to travel into the city, now they can travel a couple of kilometres from home to our Civic Centre for our Playford Palace, the royal court,” Mayor Docherty said. A modern take on court entertainment, Playford Palace will offer a world of theatrics with street and stage performances in comedy, dance and music, as well as spectacular visual art exhibits and extravagant banquets. Fringe Director, Heather Croall, said it is great to see more and more councils come on board with the Fringe. “The Fringe sells thousands of tickets every year, but what we are finding with these local council Fringe activations is they will do a few extra nights in the month because not only are they going into the city, they will also go out in their local area,” Ms Croall said. Headlining Playford Palace will be Aussie comedy royalty Dave Hughes who will be live for one night only at the Shedley Theatre on the Saturday night. There will be a mix of local emerging talent, as well as state and national performing arts and live music throughout the two-day program. Playford International College vocalist, Amber Rogers, said she is excited to be a part of a fringe first for the city. “I am personally excited about the Fringe because it is a new, great experience for us as students to get our music out there,” she said. To keep up-to-date as further program details are released visit www.playford.sa.gov.au/playfordpalace So what are you waiting for? Your throne awaits.