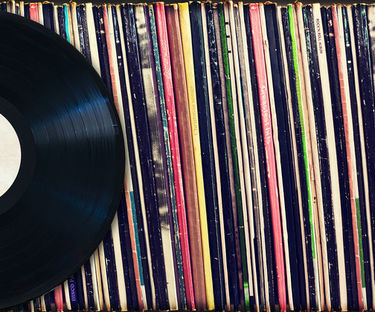 Share this article
The Northern Adelaide Record Fair is being held at the Northern Sound System on Saturday, 26 August.

The Northern Adelaide Record Fair is being held at the Northern Sound System on Saturday, 26 August.Whether you're a collector or a newbie, it's a great chance to buy some platters that matter. In honour, Playford News has compiled a list of five things you should know about vinyl.

1. It’s vinyl, not vinyls! Correct nomenclature counts. You don’t talk about cattles, clothings or furnitures, do you? The singular and plural noun of vinyl is vinyl and don’t you forget it!

Having said that, LPs and records is fine.

2. You don’t need a top-of-the-range record player Look, some will say you need high-fidelity sound emitted via speakers specially crafted in a workshop in the German industrial heartland for optimum sound efficiency to really enjoy your vinyl.

Truth is, buy what you can afford. As long as you can put the needle on the record you’ll enjoy your vinyl and can improve your sound system as you go.

Many people find a secret stash of vinyl in their uncle’s garage and $$$$ signs flash.

That Led Zeppelin II album in your hand is probably the same as all the others.

Take the advice of Ben Backwell, of Third Man Records - if you want to make money buy stocks.

4. Stand your records up!

Some people stack their vinyl on top of each other – like a bunch of old boxes.

Standing your vinyl up takes more space but it’ll last longer as you won’t compress the grooves – that’s where the sound comes from. Look after your vinyl and it’ll look after you.

5. You are not Grandmaster Flash or Mix Master MikeY’all want to host the ultimate block party and scratch and mix records, but starting a vinyl collection isn’t going to instantly turn you into a turntable master. It takes time, brother, and you’ll trash those beautiful platters if you’re not careful.

Here’s your first lesson in mixing: Fab Five Freddy teams up with Google The Northern Adelaide Record Fair is on at the Northern Sound System on Saturday, 26 August.