Five must reads for Girl with the Dragon Tattoo fans 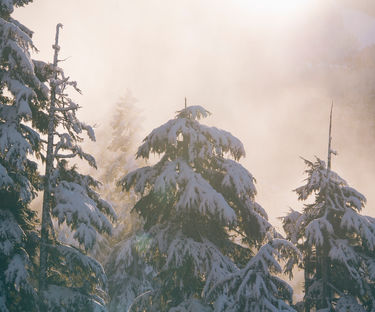 Share this article
Move over Ian Rankin and Lee Child, Scandinavian crime has come in from the cold to become a fan favourite.

Move over Ian Rankin and Lee Child, Scandinavian crime has come in from the cold to become a fan favourite.

Scandi crime or Nordic Noir has become popular in Australia due to the rise of popular TV series The Bridge, The Killing, Department Q, and Stieg Larsson’s The Girl with the Dragon Tattoo movie trilogy.Maybe it’s the cold snowy locations of Scandinavia that makes the novels enticing to Aussies, or maybe it’s the tight writing. Whatever it is, Scandinoir is running hot.If you’re keen to get reading, check out our top picks for Scandinavian crime and, as always, "Glad läsning" - that’s "happy reading" in Swedish.Check out the City of Playford's library catalogue to put some of these authors' books on hold here.Or borrow them from our e-book apps Overdrive and ePlatform by Wheelers for both Apple and Android devices.

1. Faceless Killers - Henning Mankell One frozen January morning, Inspector Wallander responds to what seems a routine call to an isolated farm house, only to find a bloodbath. A man has been tortured and beaten to death, while his wife lies barely alive beside him, both victims of a violence beyond reason. The woman supplies Wallander with his only clue: the perpetrators may have been foreign.

2. The Bat - Jo Nesbo Before Harry Hole took on the neo-Nazi gangs of Oslo, before he met Rakel, before The Snowman tried to take everything he held dear, he went to Australia. Hole investigates the murder of Inger Holter, a young Norwegian girl working in Sydney. Initially sidelined as an outsider, Hole becomes central to the local investigation when several unsolved rape and murder cases come to light. 3. The Living and the Dead in Winsford - Håkan Nesser Winner of the Rosenkrantz Award for best Thriller of the Year (2016) and a must-read for fans of Gone Girl, this novel is a gripping and deeply atmospheric psychological thriller. A woman has travelled far and chosen her secluded cottage in the village of Winsford on Exmoor carefully. Her sole intention is to outlive her beloved dog Castor. And to survive the torrent of memories that threaten to overwhelm her.

4. Frozen Out - Quentin Bates The discovery of a corpse washed up on a beach in an Icelandic backwater sparks events that propel the village of Hvalvik's police sergeant, Gunnhildur Gisladottir, into deep waters. Although under pressure to deal with the matter quickly, she’s suspicious the man's death wasn’t an accident and investigates his final hours. The case takes her from her village and into a world of shady deals, government corruption, and violence. 5. Meet me in Malmo - Torquil MacLeod A British journalist is invited to Malmo to interview an old university friend who is now a leading Swedish film director. When he discovers the director's glamorous film-star wife dead in her apartment, the local police are called in to solve the high-profile case.