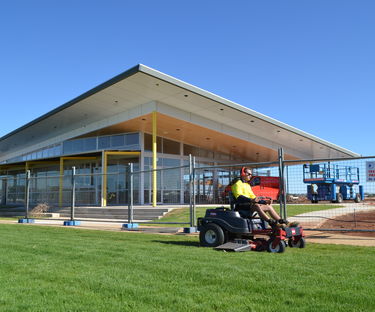 The Eyre Sports Park clubhouse is scheduled for completion in early March in time for the Central District Rugby League Club to kick off their season in April. Clubhouse features include:

• 4 x change rooms for male and female use;

Stage 2 is already under way and will feature a second oval and a senior-size pitch.

Details regarding the park’s official launch will be confirmed shortly by AV Jennings and City of Playford.